Posted at 06:39h in All Performers by Christy Eller 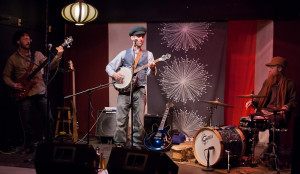 This honey-voiced singer from D.C takes the banjo back to its roots while adding a new and worldly twist.

Sticky Mulligan started out as a one man band back in 2008, performing at venues and festivals all over the east coast. From Maryland up to New York, North Carolina down to Tennessee, and back up again. Since releasing his debut album “Showtime” in November 2009, Sticky Mulligan has grown into the four piece band it is today. They are based out of western Colorado, and are making quite a name for themselves on the Colorado music scene.