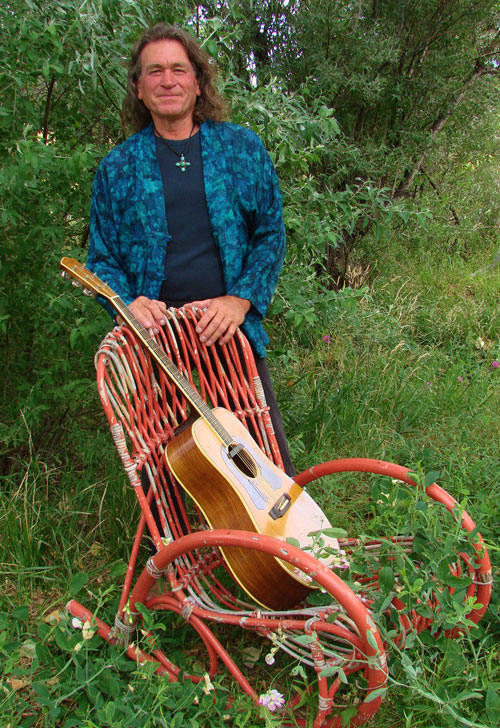 Posted at 12:29h in All Performers by mountainharvest

Since his arrival in the North Fork Valley in 1985 as part of a musical duo called Rosewood, John has been a long-time contributor to the musical culture and tradition of western Colorado. On the strengths of original compositions, tight vocals and unique acoustic arrangements the growing band became a popular festival and opening act in Colorado and surrounding region. After 13 years of adventures with Rosewood including one recording (Map of Paradise), 9 years as Colorado Artists-in-residence, band contest wins, a fourth place in the Telluride Festival contest, performance at the International Folklife Festival in Seattle, Washington and opening for national acts, the band retired. But the quest for that musical, songwriting and performing excellence continued with the band Turning Point. After only 3 shows this band took 3rd place honors in the Telluride band contest and were off and running, entertaining the festival crowds and releasing a live recording of their show at the Silverton Jubilee. A solo act followed as John traveled some, played around upstate New York for a couple of years and honed his songcraft to such a fine edge that he doesn’t just play tunes but invites you to come inside the song where the emotion or humor of a good tale spun lets you know you have been on a journey. These days John has been out playing in support of his new album “Postcards From the State of Mind” and explaining that he had to ask, “What would the Monkees do?” as he was filming his YouTube video “Armageddon Nervous-the Apocalypso Song”. So come along and take a ride on the songs that lead to where …well, who knows where? Come on, should be fun!