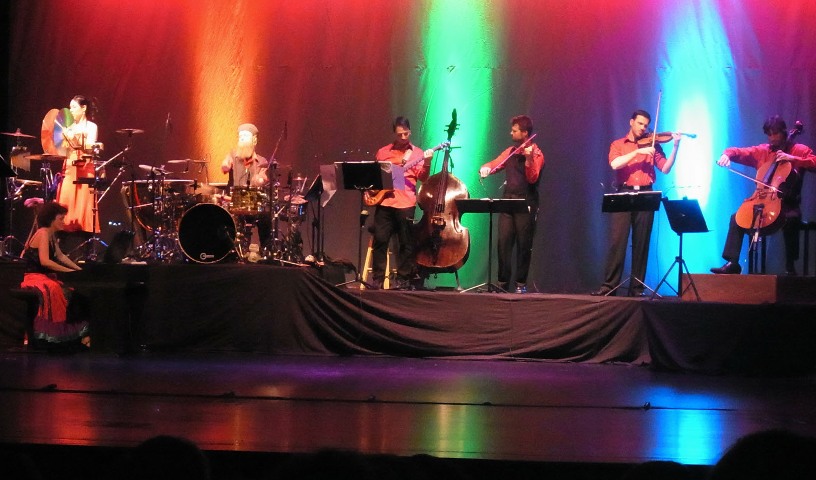 The band was formed in 2005 when a one-time St. Patrick’s Day special event performance turned into a lasting commitment to creating a new sound in Celtic-inspired music. Founding members Katheryn Mientka (pianist and main arranger for the group) and David Alderdice (drummer, percussionist, and arranger for the group), both bring their own different musical styles, assets and allies to the group. Katheryn is a classically trained pianist who has dual citizenship with the US and Ireland, was born in Minnesota and runs the Western Slope Concert Series in Grand Junction and Montrose. David focuses mainly on improvisation, groove, world music, and music education, was born in New Orleans and runs the World Music in Paradise Concert Series at the Paradise Theatre in Paonia.

FEAST has toured in Europe and America and all FEAST members have performed nationally and internationally as trained classical musicians and are all very passionate about crossing over into the timeless music of Ireland and exploring music from the rest of the world. FEAST’s powerful and emotionally driven, virtuoso performances have been greeted with wild enthusiasm and standing ovations from audiences of all ages. FEAST’s musical programs offer a broad emotional palette along with a delightful variety of styles and original arrangements.