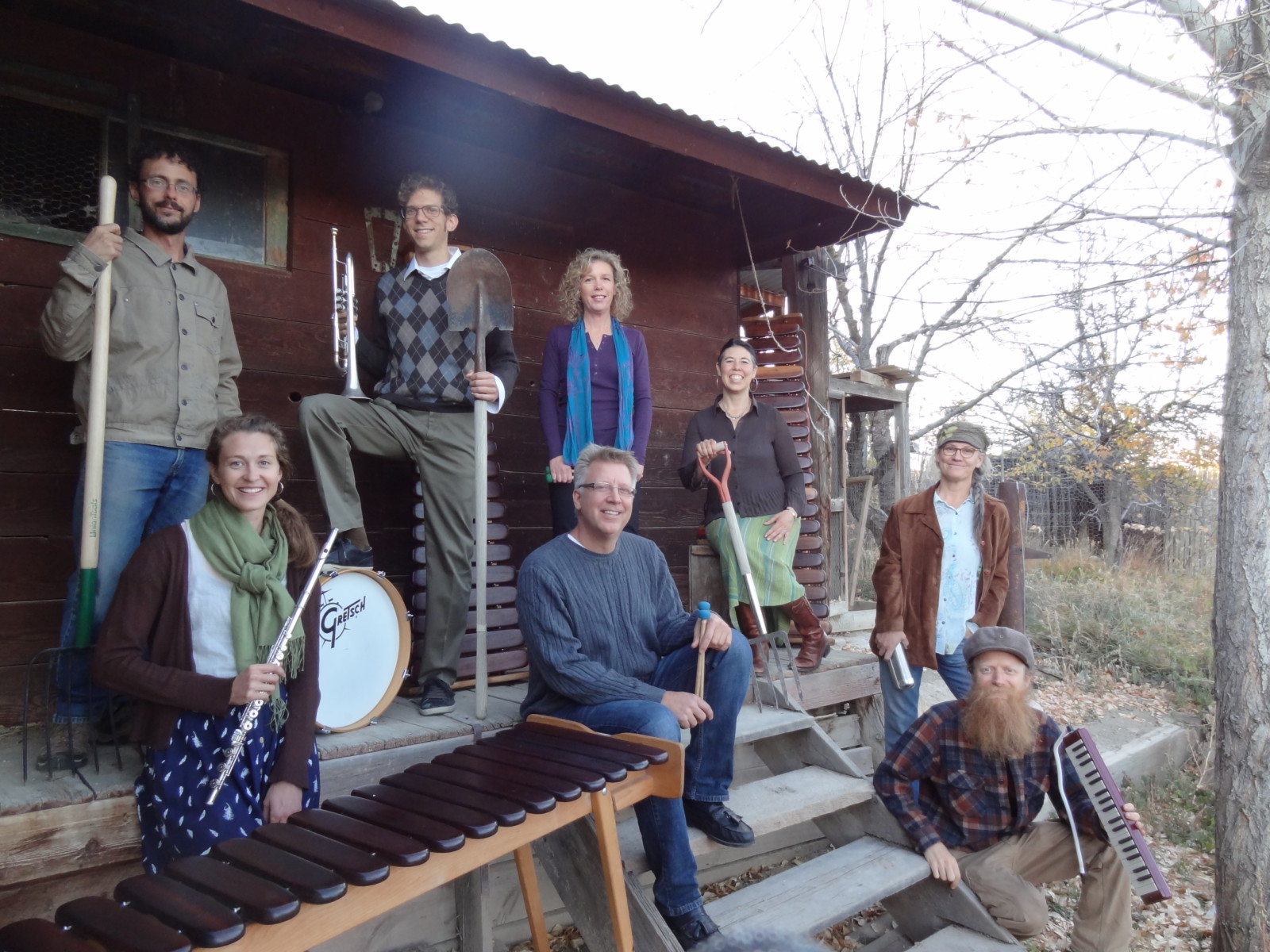 The Embodying Rhythm Marimba Ensemble plays fun groovy polyphonic music perfect for movement on the dance floor as well as relaxing journeys of the ear and soul. At different times, the funky 8-piece marimba ensemble (including a really big bass marimba) will be joined by the sounds of trumpet, saxophone, flute, melodica, bass clarinet, percussion, hand drums, drumset, voices and more.

The ensemble is excited about their new debut album featuring ten original compositions by David Alderdice and one original composition by Matt Drbohlav as well as a couple of traditional tunes from Zimbabwe and South Africa. Their live shows feature some tunes from the album as well as some choice modern covers along with some original and exploratory arrangements of music from Africa, North and South America, Europe, and the Caribbean.

Members in the ensemble include Arlyn Alderdice, David Alderdice, Daniel Be, Jeannette Carey, Matt Drbohlav, Rebecca Drbohlav, Dylan Fixmer, and Jen Sanborn. They generally have special guests sit in with them on a few tunes per set. The group formed in 2015 after the Alderdice’s decision in 2014 to purchase a Zimbabwean style tenor padauk marimba made for traditional ensemble playing rather than a chromatic rosewood marimba made for solo classical performance. The marimbas are relatives of the traditional thumb piano of the Shona people called the mbira dzavadzimu.

For more information on the marimba ensemble, the players, the new album, the music, the schedule, or the educational opportunities offered, please visit