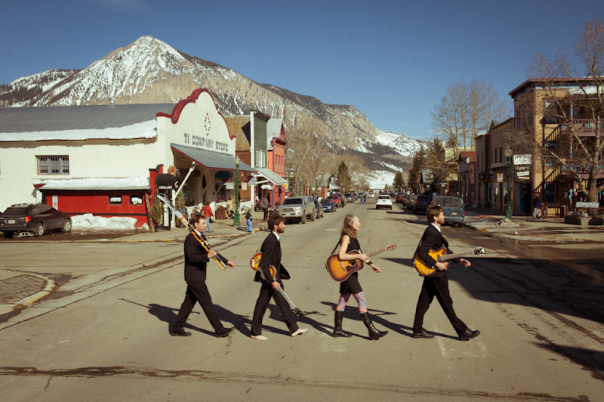 Posted at 06:06h in All Performers by Christy Eller 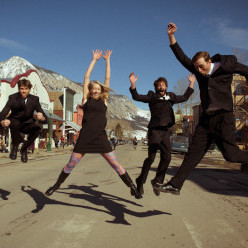 Doctor Robert is a new generation of Beatles tribute bands, with a commitment to the accurate reproduction of over 100 songs of The Beatles’ repertoire. Doctor Robert redefines the concept of a Beatles tribute band, playing extended sets of music ranging from “Please Please Me” to “Abbey Road” with no two set lists ever being the same. Their high-energy shows are full of Beatles magic, as Casey Falter, Karen Janssen, Ben Wright, and Kevin Reinert love the challenge of re-creating even the most demanding musical compositions live onstage. Dressed in “Ed Sullivan”-style suits and a black mod-style dress, Doctor Robert brings playful enthusiasm and a fresh sound to the classic music and genius of the Beatles. For Doctor Robert, it’s purely about the music and the infectious energy it creates in a live setting, as they do not attempt to impersonate The Beatles.

The Beatles wrote the most impacting collection of music in the history of rock and roll. With over 200 songs written and recorded, their extensive, far-reaching influence is undeniable. The members of Doctor Robert come from musical backgrounds covering everything from jazz to bluegrass to funk to classical; and their diverse musical tastes and experiences combine to inspire their interpretations of The Beatles’ music.

Karen Janssen observes, “it has been amazing to watch people of all ages and backgrounds at our shows, singing and dancing to familiar songs they love. You know you’ve ‘struck the right chord’ when grandmas and grandpas are kicking up their heels right next to groups of jumping toddlers, or when the serious guy at the back table is smiling and singing along from the first note we play to the last. We feel strongly about helping keep the spirit of such wonderful music alive.”

Kevin Reinert adds, “we’re not just another Beatles cover band. We wanted to break the mold of the typical Tribute act and bring a fresh and modern interpretation of the greatest pop music ever written. We LOVE to play this music and audience reactions are overwhelming. The Beatles only performed live during their early career. Once they became a world-wide phenomenon, they only played 30 minute sets that could hardly be heard over the screams of adoring fans. We like the idea of playing the music as a touring band would, with extended sets that change for every show. There are just too many great songs that never saw the chance for live performance.”

Whether the event is a wedding, private party, bar gig, or outdoor festival, it’s great fun with Doctor Robert on the stage.