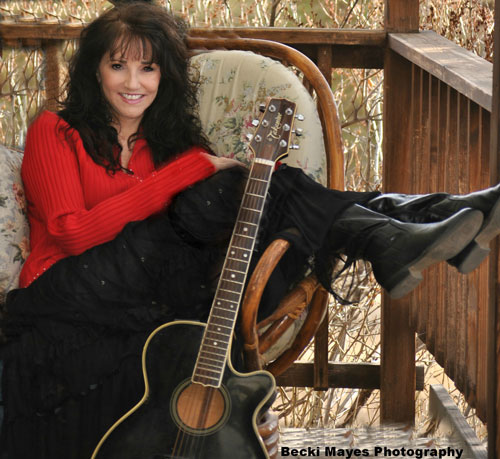 Beth Williams is an ACADEMY OF COUNTRY MUSIC NOMINEE for BEST NEW FEMALE VOCALIST OF THE YEAR and award winning Texas singer songwriter recently transplanted to CO from Mason, TX.  Three of her songs have charted in BILLBOARD and CASHBOX magazines, she was nominated “Best Female Performer”, by the INDEPENDENT NEWS, and “Best Independent Female Vocalist” by CASHBOX. Beth’s album IN THIS OLD HOUSE was voted one of Austin’s Top Albums and she was the winner of Music Austin’s Best Albums Award. HUMBLE TIME RADIO SHOW nominated Beth for “Outstanding Female Songwriter” and “Outstanding Female Performance.”  A Nashville Session Singer via the Internet, “Beth is blessed with a beautiful singing voice that has the dynamics to go from a whisper to the full power of cathedral bells.” says Austin Americana. Her creative abilities as a songwriter and guitarist build an eclectic bridge between folk, Americana, country, blues, pop, gospel and roots music. Soaring vocals, artful lyrics, engaging smile and the ability to closely connect with her audience make for the powerful combination and extra edge which spells success. With 7 CDs available on her own label, Willow Creek Records, Beth has been able to control her own musical destiny and direction.

Hall of Fame producer LLOYD MAINES says “Besides the obvious, great singer and guitar player, Beth Williams bares
her soul in her songs and performance. This is a brave and good thing.”  The San Antonio Express – News writes “No sappy writer, no overt heartstring tugger, Williams instead is the kind of person who walks on the sunny side, uses common sense, sees the glass as half full & finds the silver lining in dark clouds” while KNBT Radio says “Beth’s songs are not written as much as crafted, her soaring vocals add just the right amount of electricity to each track. When you hear her psychedelic yodel-chants on ODI, you’ll laugh out loud, and you’ll be hooked for good.”  “Yes, she is a wonderful singer, beautiful voice ….. But there’s something more. This songwriter does “message music”, she makes the spirit soar..I love it!” says KACQ/KCYL RADIO.